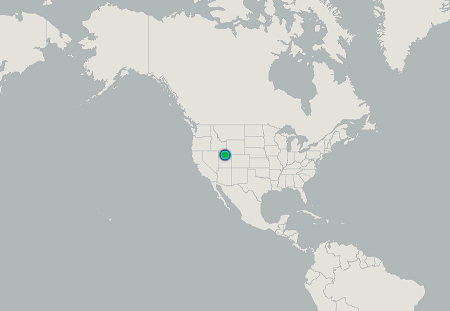 Remains of a partially digested snake found in predator scat. Difficult to see in the image but the scales show that it was a rubber boa.

I'm not certain on the predator. No tracks were found. From the size/shape of the scat, it being filled with hair and egg shells, and the fact that it was draped prominently atop a rock along the trail, I believe it was a mountain lion. Bear also frequent the area. 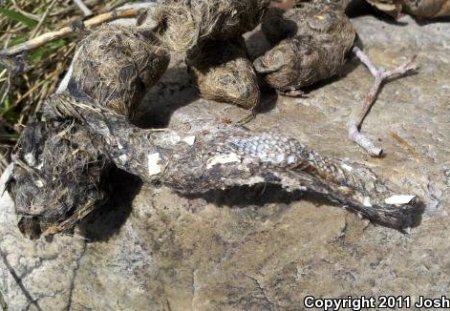