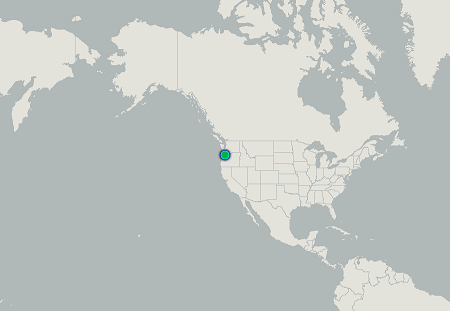 Contemplating this old record is somewhat sad for me. Beginning at age 16, for many decades I've been visiting rattlesnake den sites that are scattered along the steep south slope of this rocky butte in the mid Willamette Valley. This nice specimen was captured on the westerly portion of the butte in October of 1965 (the year I graduated from high school). The last time I saw a rattler at this particular den was in 1977. Currently, rattlesnakes rarely turn up at only two hibernacula on the far eastern end of the butte, which is more removed from human habitation. This is the most northern surviving population of Crotalus known west of the Cascade Range, but they've declined precariously.
Vouchers