was coiled up and concealed in the grass. A coverboard was a few feet away. It was completely cloudy at the time of the observation, however it was sunny 1.5 hours before the observation. I almost stepped on it, and yet it took a while for it to move. But when it did move, it quickly escaped down a hole in the grass (photo 2). When coiled up, its tailed was pointed towards the hole that it used to escape, leading me to believe that it came out of that hole to bask. The temperature in the grass where it was coiled was 71.6 degrees F and the humidity was 82.5% RH.
Vouchers 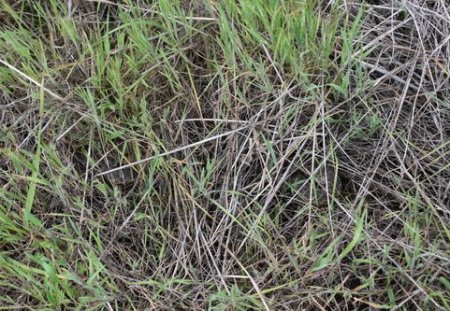