Called to residence with a snake in a stove top duct pipe located in crawlspace. Upon arrival, found a juvenile Rat Snake in the pipe. snake was found with a dead rat which was too big to be eaten by the snake. The snake was captured and placed in transport container. Exam of snake revealed no signs of illness or injury. Eyes are clear, followed movement with each eye, and no sign of pre-shed. The snake had good range of motion down entire length of body. Snake appeared slightly dehydrated and drank water readily. Snake is 28" in length and weighs 3.5 oz. Snake was transported to protected location and released without incident.
Vouchers 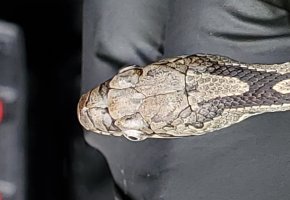 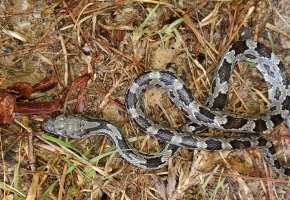