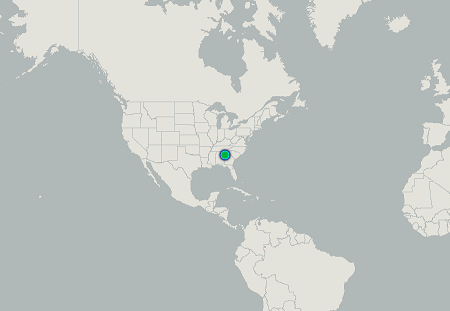 Called to report of snake in back yard. Upon arrival found a young adult Cottonmouth. Captured and placed in transportcontainer. Physical Exam revealed a 15.4 ounces,
33 inches in length Cottonmouth. Small raised area about 4 inches from head, appeared to be an old closed wound with scale disfigurement. Snake had good range of motion throughout entire length of body. Eyes clear, followed movement with each eye. No signs of pre-shed. No other signs of injury or illness. Transported snake to protected area and released without incident.
Vouchers