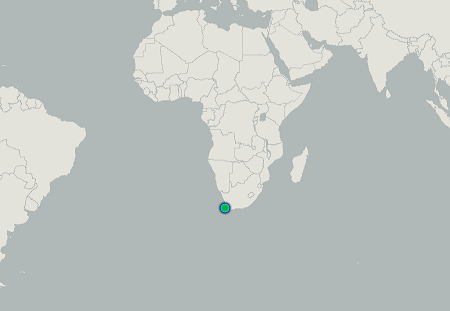 This is a prime male specimen, measuring approximately 5'9" long. The photos were taken at the point of release, which was about 2km in a straight line, from the point of capture.

The snake was removed as it had been lying in the same position, on the end of a branch (approx. 15 feet up) in a Bluegum tree, for almost 5 days. Due to the nature of activities below this area, the land owner asked for removal. Access was impossible, so the branch was tethered and cut down. I was concerned for the snake's safety, but was happy that there was enough foliage below the animal, to prevent any injury from the drop. A quick hook and tail, and safe storage was done. The snake was very docile thereafter, which is their nature.

2 days after relocation, I found the shed skin of this beauty (which explained why it had not moved in its previous location for so long), although the skin was in such bad condition after soaking in water to try and roll it out, that good evidence of its size was lost. 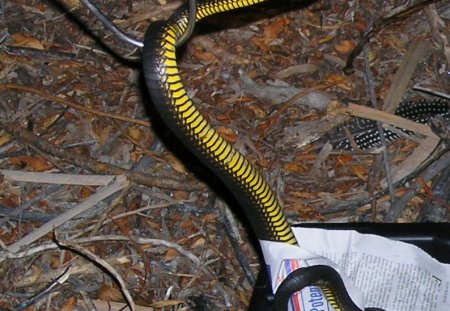 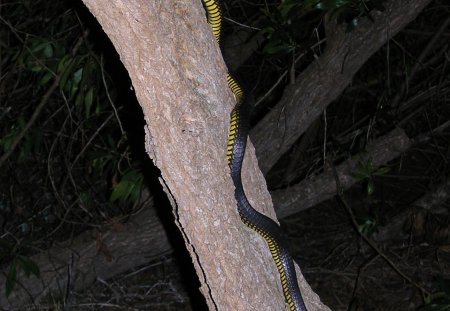